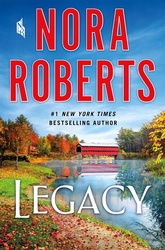 And then the murders began

Adrian Rizzo was seven when she met her father for the first time. That was the day he nearly killed her—before her mother, Lina, stepped in.

Soon after, Adrian was dropped off at her grandparents’ house in Maryland, where she spent the summer. Lina, meanwhile, traveled the country promoting her fitness brand and turning it into a billion-dollar business.

A decade later, Adrian has created her own line of yoga and workout videos. And while Lina dismisses the death threats that Adrian starts getting as a routine part of her daughter’s growing celebrity, Adrian can’t help but find the vicious rhymes unsettling. Sometimes it seems like the terrifying messages are routine, like nothing will come of them. Until the murders start.