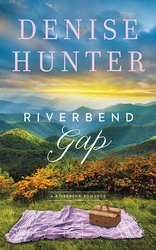 Love to the rescue

The bestselling author of The Convenient Groom, Denise Hunter, returns with the first romance in a new series.

When Katelyn Loveland’s car veered off a winding Appalachian Mountain road, she thought she was done for. That is until Cooper Robinson, local sheriff’s deputy, came to her rescue. And though Katie narrowly escaped her brush with death, she still fell hard. She wasn’t the only one. But soon Cooper learns that the woman he’s more attracted to than any he’s ever met is his brother’s new girlfriend—and unquestionably off limits.

Despite his best efforts, Cooper and Katie can’t seem to avoid running into each other. Soon the stakes of their emotional connection become higher than either of them could have imagined.