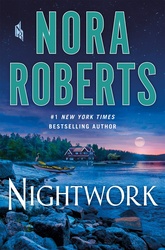 Harry Booth can’t afford to attract attention—or get attached. Still, he can’t help letting his guard down when he meets Miranda Emerson. But the powerful bond between them cannot last—because not all thieves follow Harry’s code of honor…

After Harry takes a lucrative job commissioned by Carter LaPorte, LaPorte decides he wants to own Harry. The man is a predator more frightening than the alligators that haunt the bayou—and when he strongarms Harry into robbing a Baltimore museum, Harry abandons Miranda—cruelly, with no explanation—and disappears. But no matter what name he uses or where he goes, LaPorte casts a shadow over Harry’s life. To truly free himself, he must face down his enemy once and for all.