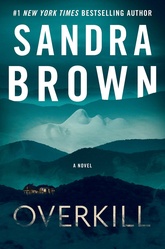 A conflict of conscience turns into a fight for their lives

Former Super Bowl MVP Zach Bridger hasn’t seen his ex-wife, Rebecca Pratt, since their marriage imploded. He’s shocked to learn she’s on life support after a violent assault and he has medical power-of-attorney. Buckling under the responsibility, Zach lets Rebecca's parents have the final say.   When Rebecca's attacker gets early release from prison. Kate Lennon, a brilliant state prosecutor, vows to put Eban back behind bars. Rebecca’s parents have kept her alive, but if she were to die, Eban could be retried on a new charge: murder.   Zach knows that for Eban to be charged with murder, he must be the one to kill his ex-wife. Eban plots to make certain that neither Zach nor Kate lives to see Rebecca’s death, the end of his freedom.

"One of the best thriller writers around, period."―Providence Journal