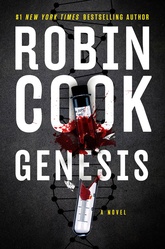 Is murder in the DNA?

When the body of 28-year-old social worker Kera Jacobsen shows up on Chief New York City Medical Examiner Laurie Montgomery's autopsy table, at first it appears she was the victim of a tragic yet routine drug overdose. But for Laurie and her new pathology resident, Dr. Aria Nichols, little things aren't adding up. And although Kera was 10-weeks pregnant, nobody seems to know who the father was—or whether he holds the key to Kera's final moments alive.

Working with experts at a start-up ancestry website, Aria plans to trace the fetus's DNA back to likely male relatives in the hopes of identifying the mystery father. But when Kera's closest friend and fellow social worker is murdered, the need for answers becomes even more urgent.