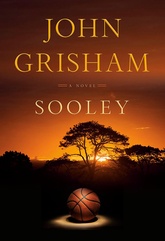 Samuel Sooleymon gets the chance of a lifetime: a trip to the United States with his South Sudanese teammates to play in a showcase basketball tournament. The opportunity to be scouted by dozens of college coaches is a dream come true.

During the tournament, Samuel receives devastating news from home: His father is dead, his sister is missing, and his mother and two younger brothers are in a refugee camp.

Samuel desperately wants to go home, but it’s just not possible. Partly out of sympathy, the coach of North Carolina Central offers him a scholarship. Samuel enrolls in classes, joins the team, and prepares to sit out his freshman season. He works tirelessly on his game until he suddenly gets his shot. And the legend begins.