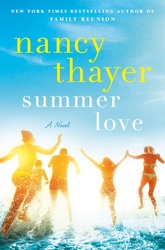 The beauty of friendship

When four strangers rent rooms in an old hotel near the beach, they embark on the summer of their lives. First there’s Ariel Spencer, who has big dreams of becoming a writer. Her new friend Sheila Murphy is a good Catholic girl from Ohio whose desire for adventure is often shadowed by her apprehension. Then there’s small-town Missourian Wyatt Smith—who’s immediately taken with Ariel. The last of the four, Nick Volkov, is looking to make a name for himself and have a blast along the way. Despite their differences, the four bond over everything that Nantucket has to offer.    Twenty-six years after that amazing summer, Ariel, Sheila, Wyatt, and Nick reunite at the hotel where they first met. It’s sure to be one unforgettable reunion.