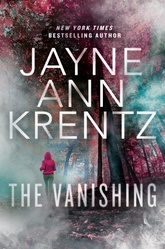 The mystery thickens in Fogg Lake

Decades ago in the small town of Fogg Lake, The Incident occurred: an explosion in the cave system that released unknown gases. The residents slept for two days. When they woke up they discovered that things had changed—they had changed. Some started having visions. Others heard ominous voices. And then, scientists from a mysterious government agency arrived. Determined not to become research subjects of strange experiments, the residents blamed their “hallucinations” on food poisoning. But now it has become apparent that the eerie effects of The Incident are returning.

A killer is hunting the only witnesses to a murder that occurred in the caves 15 years ago—Catalina and Olivia. And someone intends to make both women vanish.